I do as much as I can in my garden to attract birds, because I love them and I enjoy the benefits of all the insects they eat. Suet cakes are attractive to many birds, in particular the ones who eat a lot of insects. I wrote an article on how to double-render fat to make suet cakes that you offer to outdoor birds in spring temperatures.

Aquatic Macro Invertebrates are animals without a backbone that live in water and can be seen with the naked eye. I’ve had an interest in these creatures ever since I can remember. When I was young I caught a variety of water invertebrates such as water beetles, clams, crawdads and snails and attempted to maintain them in my aquariums. I was thrilled when my brother’s aquarium started to grow hydra even though they predate on tiny fish, because I’d read about them but never thought I’d see any. I currently have small colonies of freshwater shrimp in three of my aquariums. Many aquatic invertebrates are insects that live part of their life cycles in water but have an adult flying stage.

When the Litzinger Road Ecology Center offered a training workshop for volunteers on how Aquatic Macro Invertebrates are used to monitor water quality, of course I had to attend. Master Naturalist and Stream Team member Cliff Parmer taught us some Aquatic Entomology facts then we went outside to Deer Creek to learn how to take a scientific sample of water invertebrates.

I’m a volunteer at the Litzinger Road Ecology Center in Ladue. Volunteers and on some occasions the public are invited to educational events on the premises. I recently attended a session for volunteers to learn about why the prairie sections at the center are periodically burned and an introduction about how to start a fire, control the fire, and perform the burn safely. 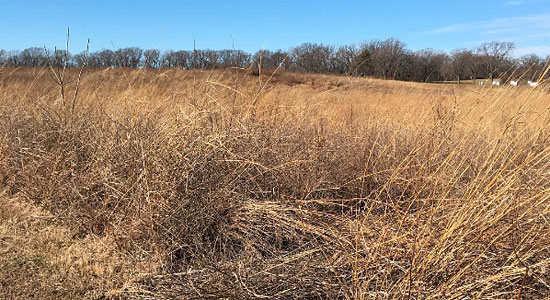